What to do while you wait

Yesterday and today, I've spent a lot of time waiting in a hospital. And let me tell you, waiting sucks. But when you have lots of time on your hands, a computer, and internet, you can get caught up on things that have fallen through the cracks-like blogging.
So what's been going on lately? I had a bit of a surprise last week. I made cupcakes for someone to take in to their office for Halloween. What they didn't tell me, was that the "Halloween Pitch In" was actually a baking contest. I won. Crazy, right? I made chocolate maple cupcakes with chocolate maple frosting. For the decorations, I used candy melts and a piping bag to write "Boo" and make spiders. I also pulled out some skull molds and made candy skulls. Here were some of my early attempts: 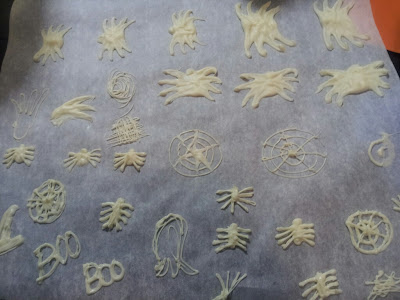 I finally came up with these: 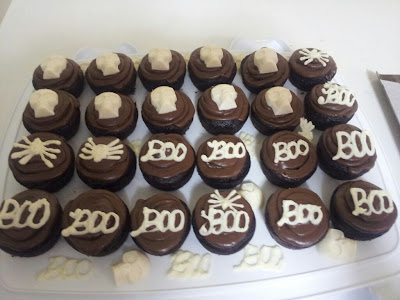 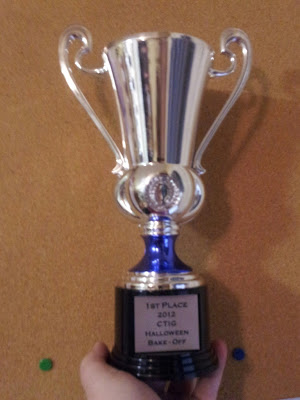 I guess they were a big hit! And here's the kicker-I can't stand maple. And I mean maple anything-syrup, candy, flavoring, etc. Making those cupcakes about made me gag, so I obviously didn't taste them. Come to think of it, that would actually be a good diet plan. Maybe I should only make sweets I don't like! I'm sure there will be more to come later as the waiting continues!
No comments: Links to this post