As part of the MyMagazine Sharing Network, I sometimes receive coupons and/or free product to try from Kroger stores. I recently received a box with a bag of pretzels and a tin of almonds, along with lots of coupons for items to make trail mix. It also came with a challenge: pick your side (sweet or savory) and create a trail mix recipe featuring the Kroger brand ingredients!

The timing on this was perfect as it coincided with a cookout we were hosting on Memorial Day weekend. Picking a side was easy - obviously sweet!

In a bowl, I mixed together:

Pretzels (I had to use gluten free ones because most pretzels contain soybean oil which my daughter can't have and for some reason the only ones that didn't were gluten free)
Marshmallows (Kroger brand)
Peanuts (not Kroger brand because they have soy protein added to them. I have no idea why, but it was very disappointing to see)
Banana chips (broken into pieces)
Raisins
Dairy/Soy free Chocolate Chips
Almonds (Kroger brand - which I received for free) 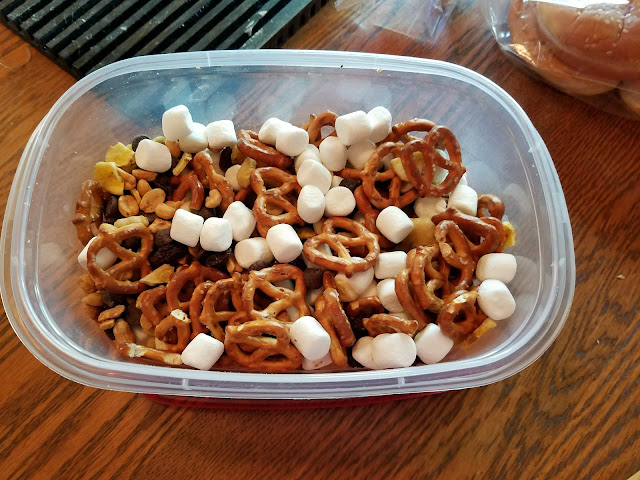 The trail mix was a huge hit. Half of it was gone before I could snap a pic! It was a great salty/sweet combo and it was all dairy and soy free, which was a bonus for me!


I received free products from MyMagazine Sharing Network and coupons for some of the products mentioned above. The opinions are my own.


Shortly after my daughter was born, we found out she has milk and soy protein intolerance. What does that mean? She can't digest milk and soy proteins, such as whey and casein. I'll spare you the details, but the poor kid was in so much pain until we figured it out. For me, since I'm breastfeeding, I can't have anything with dairy or soy in it because the proteins pass along to her. Fun times. We didn't figure it out until she was a month old, so those first few weeks were ROUGH for all of us. But once we had a diagnosis, we had a game plan going forward. I made the choice to breastfeed so that means I have to watch everything I eat. Let me tell you, dairy and soy are in everything. I have to read labels constantly because things like peanuts can have soy protein in them. Why???? I have no idea. But that was the one time I didn't read a label and we paid for it.

In the beginning, I experimented with lots of different non-dairy "milks". I found that I like different varieties for different purposes. The nut based milks are fairly common so they were my first tries. When I saw the pea protein milk, I was skeptical. I like peas, but I wasn't sure that I wanted to drink them. I started off with the original unsweetened variety. It was not my favorite to drink, but it is definitely my choice to make mashed potatoes with.

Then I tried the chocolate. O.M.G. It tastes like a melted Frosty. For me, it's a bit too sweet to drink straight, so I often dilute it with some unsweetened. 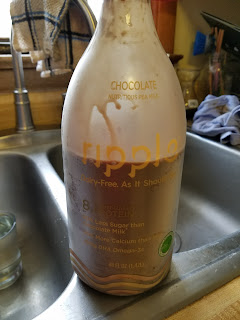 Another thing I like to do with the chocolate is make smoothies. This recipe promotes lactation, but is safe for everyone :)

In the blender, combine: 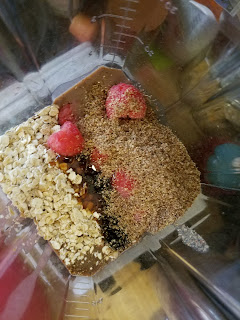 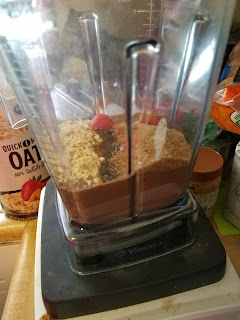 Toss in some ice cubes and blend a few more seconds 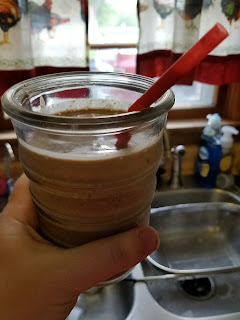 I received free Ripple Pea Protein Milk from MyMagazine Sharing Network. The opinions expressed above are my own.
No comments: