It's been a crazy gardening season. It started out so much cooler than usual, which wreaked havoc on all the plants that thrive in warmer weather. Then it rained. And rained. I'm fairly certain I saw Noah go by. Then it finally remembered it was summer and warm weather came. The zucchini did great. We have been eating zucchini daily for about 2 months and I was able to freeze a lot too. The corn didn't fare as well. All of the rain completely flooded out the green beans-not a single plant survived. And because of the super soaked soil, the weeds took over nearly everything else. The one bring spot was the cupcake squash. I was concerned at first because when the cooler weather decided to stick around for a few weeks, we only had male flowers-no fruit. But soon, we had so many I couldn't keep up with them.

If you haven't seen cupcake squash yet, here's what they look like. 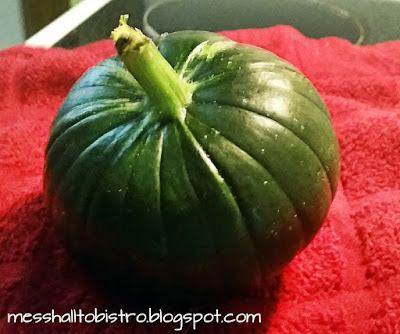 They're about the size of an onion and taste similar to zucchini, but with a nutty taste. And like zucchini, if you don't pick them on a regular basis, they will grow to amazingly large size! We had a few that were missed and ended up about the size of my head! We like to add them to salads raw, but my favorite way to eat them is roasted.

Preheat oven to 400 degrees. On a baking sheet, toss together brussels sprouts (cut in half, long ways), sliced squash, olive oil and salt. I used olive oil infused with Italian seasoning and garlic. 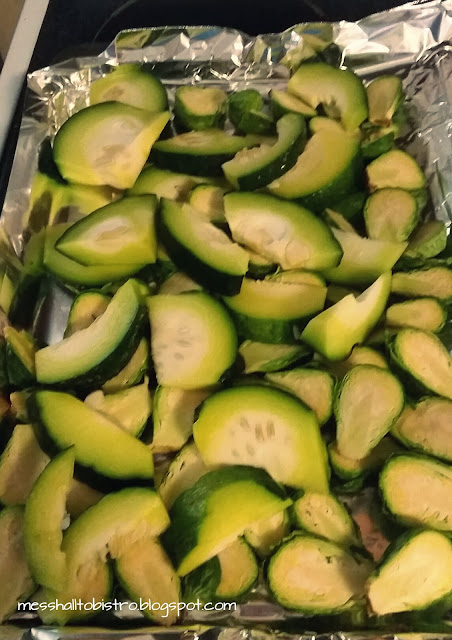 Roast until veggies are tender, about 30-45 minutes, stirring around about half way through. 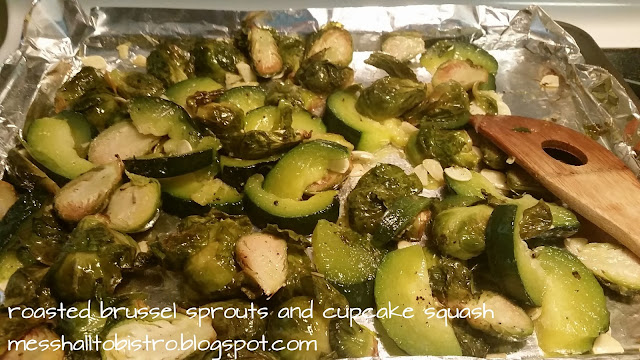 When veggies turn a light golden brown, they're ready. Finish off with some pepper. 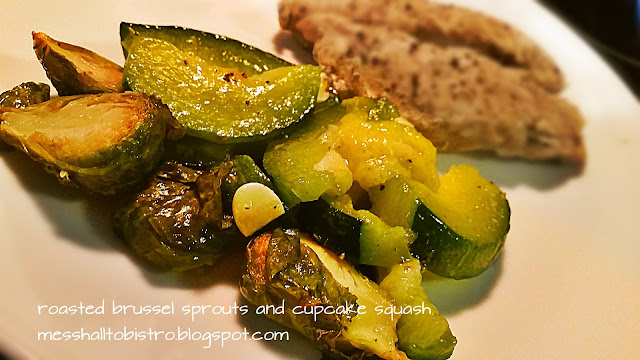 I like the squash by itself, but pairing with brussels sprouts is the best combination! They hold up really well to roasting, much better than other summer squash, but still have a delicate taste. We're just about to the end of this growing season, so I don't have too many more of these left. They will absolutely make it into next year's garden.